Describe Korčula through faces, minds and hands of those persons originating from Korčula, or those that were drowned to it by its beauty, or the history had layered them as a myth, is not an easy task. A line of questions can be asked, among which, where to draw a line and where to begin. Perhaps at the time of the Gods and nymph Kerkira, one of the daughters of River god Azop that was taken by Poseidon and imprisoned on Korčula. The island bears the name Korkyra Melaina or Korkyra Nigra by her name and dark hair (or just dense forests of holm oak). Or we can start from Antenor, Trojan worrier from 11th century B.C who, story says, run from Troy and stopped in Korčula where he established the town.
The most famous myth by far is the one of Marco Polo, the greatest world traveller from 13th century. For centuries the legend of Korčula being his birth place was developed. In this story that erases the line between the myth and reality, one thing is without a doubt: Marco Polo took part in the naval battle of Venice 1298, when he was captured by Genovese army and imprisoned in Korčula. 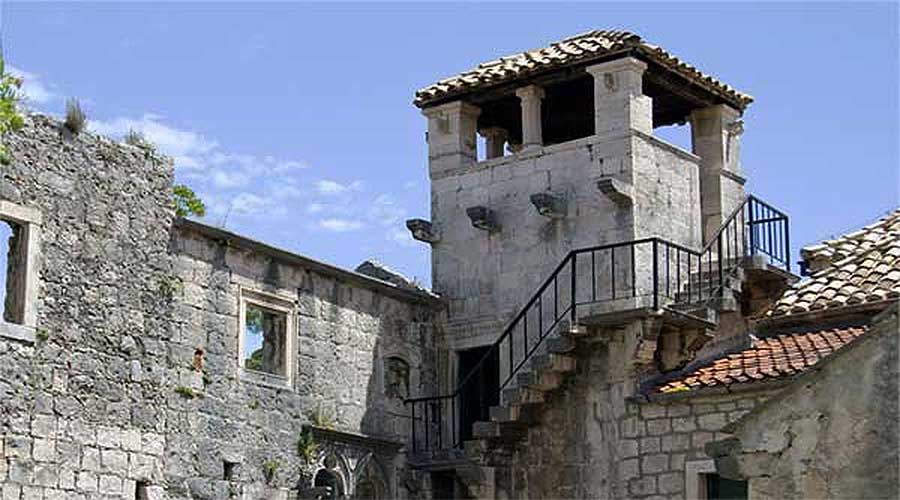 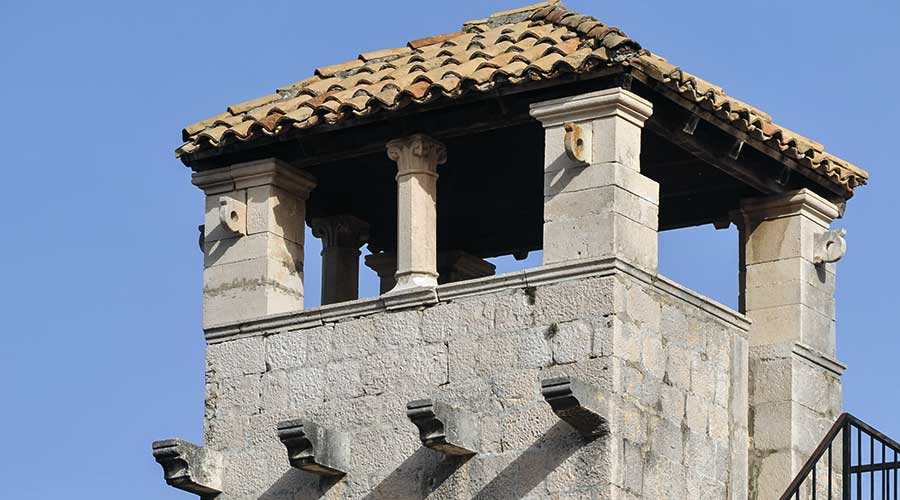 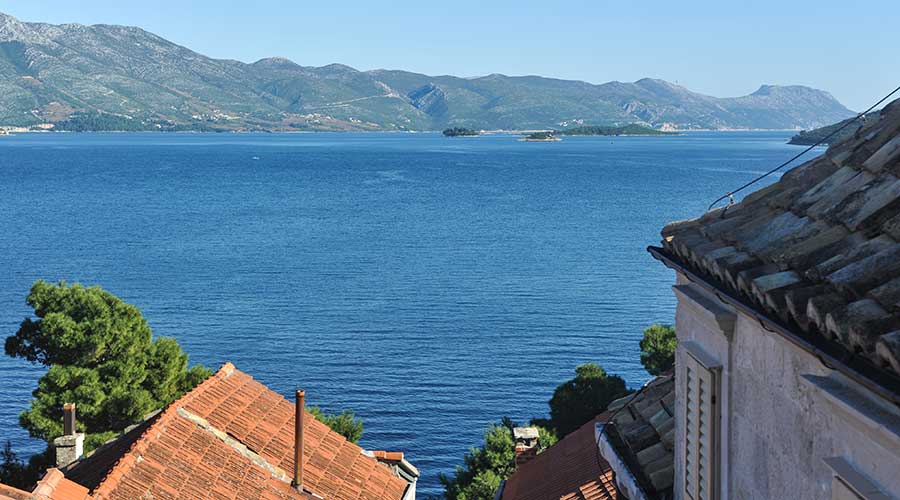 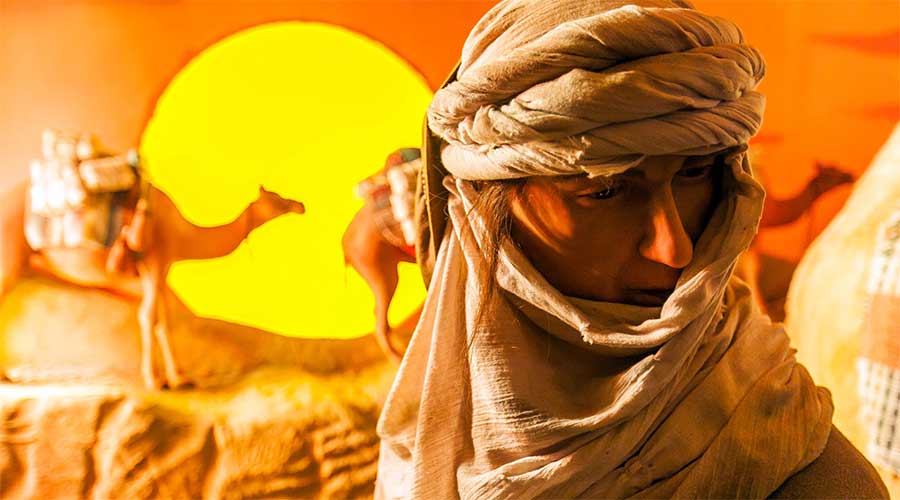 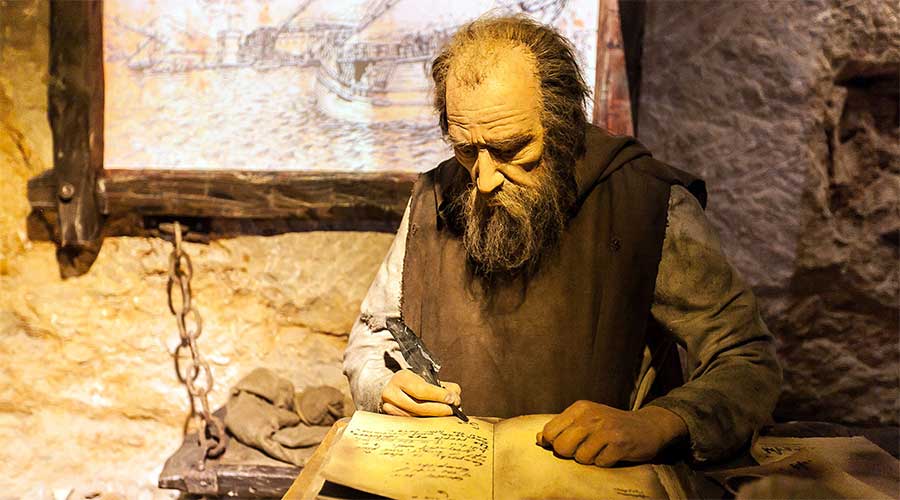 Marco Polo, who was born in 1254, explored the world on a grand scale and documented his experiences.
He was an advisor to the Mongolian emperor.
It is certain that the Polo – Depolo family came from the town of Korčula.
Marko Polo Venice to Chine Il Milione Battle
IL Milione

Marco Polo is the author of the book 'Il Milione' which provides information about China and other Asian countries.

When Marco Polo was 17 years old, he travelled from Venice to China with his father Nicola and his uncle Mateo. The journey lasted for more than three years. From 1275 to 1291, he worked in the court of Kublai Khan as advisor to the Mongolian emperor.

In front of Korčula

One of the greatest naval battles in the Middle Ages took place in the vicinity of Korčula, just in front of the promontory of Ražnjić, in Lumbarda.
The Venetian fleet comprised 96 galleys and three large ships, while the Genoese fleet had 85 galleys.
The only previous Venetian fleet of the same size was the one supporting the Holy League at the battle of Lepanto in 1571. The battle began on Sunday 7th September 1298, early in the morning and lasted until late in the afternoon. The day was coming to an end, when sixteen Genoese galleys, which had lagged behind at Otranto, appeared from the direction of Mljet. They engaged in battle attacking the tired Venetian flank. The Genoese used tactical flanking reserves in other battles, engaging at the last moment.
Admiral Lamba d’Oria´s victory was total: the Venetian vessels were captured or destroyed, including Admiral Dandolo´s flagship. Venetian losses included 18 sunk galleys, 66 captured galleys (which Lamba burned on the Korčula beaches as he could not tow them to Genoa); 7.000 soldiers, sailors and rowers killed, and 7400 captured. The entire galley of the Polo’s was destroyed – a large, 120-oar vessel. Marco Polo was imprisoned and his heroism described thus: ˝He was captured because he threw himself and his galley to the forefront of the battle, because he was fighting for his country with great courage. Injured and in chains, he was taken to Genoa'.
Lamba d’Oria celebrated his victory in the town of Korčula for four days, and then sailed to Genoa where he received a magnificent welcome on October 16 1298.
Marco Polo found himself in prison in Genoa, together with thousands of his comrades. In his uncomfortable prison cell, he dictated his magnificent travels to China, to Rustichello, the Pisan writer of romantic tales. If the Korčula battle had not taken place, Marco Polo’s biography might never have been written.

September 7th, 1298. /
The battle in front of Korčula
exhibition
OTHER FAMOUS FROM KORČULA

town's patron saint / St. Theodore
The town assembly proclaimed him the town protector in 1763 and the 29th July become the central town event.

sculptor / Marko Andrijić 15th c.
At the end of the 15th century the most famous town symbols were built by Marko Andrijić, the top of the bell tower as well as ciborium of Korčula cathedral. 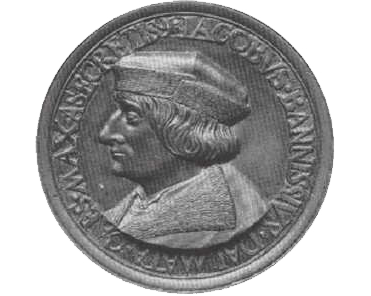 politician / Jakov Baničević (1466.-1532.)
A secret adviser to the emperors of Roman empire: Maximiliano I. i Carl V., diplomat of the Pope Leon X.

writer / Petar Kanavelić (1637.-1719.)
An important name in Croatian literature in the 17th century. He left behind one of the most comprehensive and diversified works.

academic / Petar Šegedin (1909.-1998.)
One of the most famous name in Croatian literature. He was the president of 'Matica hrvatska' and Association of Croatian writers. 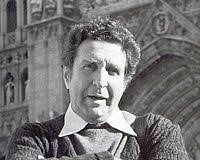 architect / B. Bernardi (1921.-1985.)
Bernardo Bernardi was a great Croatian architect and designer of interior and furniture for industrial.

academic / Vojmir Vigna (1921.-2007.)
Linguist and novelist, Academic Vojmir Vigna is one of the greatest Croatian linguists.

esperanto / M. Gjivoje (1919.-1982.)
Marinko Gjivoje is one of the leading expert of the Esperanto and the author of monography 'Island of Korčula'.

Korčula was a place where German painter and graphic artist Walter Höfner (he was one of those persons who escaped Nazi persecution in Korčula) lived and worked. The Dutch painter – Mosaic artist Louis Schrikkel, Austrian writer Franz Theodor Csokor, Czech writer Richard Uherek, Václav Špála, Ludvik Kuba and many others found place to live and work in Korčula.
From 1964. to 1974. the Town attracted some of the greatest names in philosophy in 'Korčula summer school'. For all of them Korčula was an important, indispensable life and creational stop, source of inspiration and place where some of their most important works were created. This is only a small list of all those persons and accomplishments that stood out among a line of many. It is a proof that Korčula is a place of talented people. But also, of much more, a place that drowns in and emits strong impulses; oases of creativity that has given to the Croatian and world art and science so many important works, town which today continues to equally enchanter, encourage and inspire. It is worth to try, isn't it?