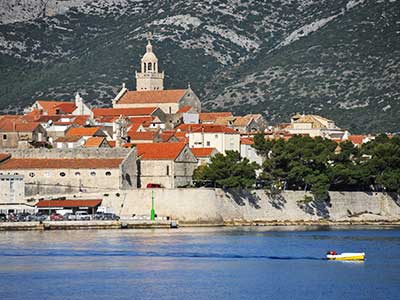 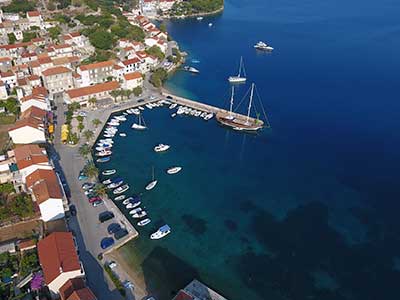 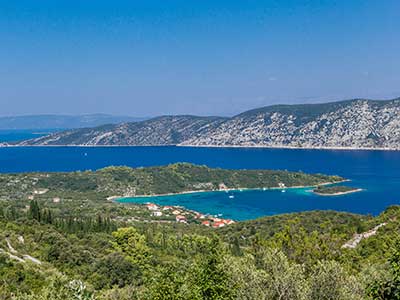 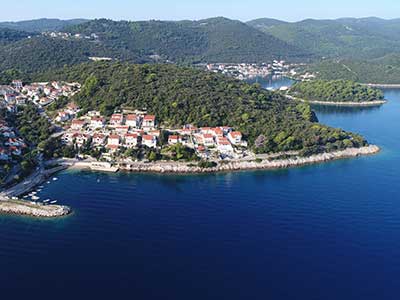 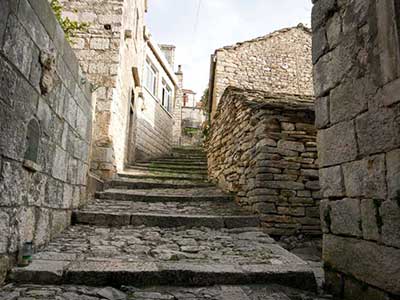 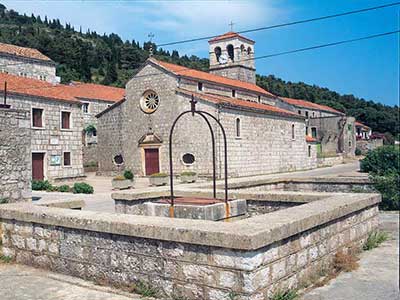 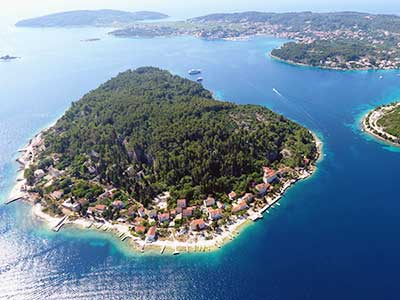 Žrnovska Banja is only 3 km and Medvinjak only 1 km distance from Korčula town centre. Medvinjak and Žrnovska Banja are part of village of Žrnovo.
Numerous apartments and houses for renting can be found in these settlements.
Medvinjak and Žrnovska Banja are situated on the steep slopes overlooking the sea and Pelješac penisula.
In Žrnovska Banja taverns offer traditional Dalmatian cuisine.
As one enters the village Žrnovo coming from Žrnovska Banja, there is a road leading off to the right to Brdo (0.5km). Brdo is a part of the village perched high on the hill, from where one can walk to Kočje (2.5km), through a pleasant landscape containing dolomite rock formations.
Korčula is the most densely wooded of the larger Croatian islands, with 61% of its surface forested. The remainder comprises olive groves, vines and other cultivation. Less than 5% is bare rock.